Bi-carbonate of soda is my constant companion, wherever I go I have a good dose stashed near at hand. I don’t snort it, I take it with warm water to still my burning stomach. Indigestion burns like a white flame in my chest. The root cause. Stress. Anxiety. Anger. Disappointment. (one would think we're custom labeling my dose of salts now!)

I don’t know which is worse, the disappointment or the anger. At least with anger one can vent it. Disappointment makes me cry. At 60 I can’t afford to cry. Besides high cholesterol clogging our fragile arteries heartache is ripping mine apart. You might think I’m being melodramatic. I’ll state my case. You be the judge.

Blind faith, trust and ignorance is at the heart of our problem. We were ignorant when we started with the remodeling of our camper van. Yes, stupid too. But, in our defense unless you are loaded and have a string of expertise at your fingertips who would really know where to start?

Firstly, we took the condition of our vehicle at face value, never doubting for a moment that the product would let us down or that we didn’t have a solid structure to start off with.

Our engineer, a trusted friend, has dabbled with restoration work on vehicles, albeit vintage trucks. He is a very highly respected civil engineer, a practical perfectionist who had our best interests at heart. Not for one moment could the “team” have foreseen the catastrophe we were getting ourselves into.

At first I thought things might be getting difficult, the truck was on “bricks’ for almost 10 months when no progress was being made, I was assured it was due to other work commitments. Understandable.

After a lengthy meeting a "to do" list was drawn up,  we were back on track in  earnest and things were looking good. Electricals done, plumbing in place, the ribs of cupboards just waiting for the final word to be finished. The kitchen was a work in progress and on our last road trip we even used the microwave and fridge. A pleasure!

Rumblings started when a friend casually said “you do know you’re overweight?” when he took one look at the Honey Badger while he was measuring for the outdoor kitchen. “Yes”! (Have you ever) was the collective response. And so our weight woes went.

All diets start on a Monday right? So did the Honey Badgers weight loss regime. Corrective surgery was slow, obvious appendages were removed first, bull-bar, extra diesel tank, 2nd spare tyre, the heavy steel door etc. that reduced the weight by a few hundred kilograms, not a tonne.

Slowly but surely the truck has been eyed, reviewed, specialists have walked around her suggesting more cuts, around and around we went. At our camp-fires discussions would be weight loss, everyone would peer sideways, upside-down ways looking for unnecessary appendages. With hands in their pockets men would sidestep and cha-cha around her suggesting things, “you’ll never need to push cattle Butch, get rid of the bull bar!” and so it went on and on. What was once considered perfect was now condemned as rubbish.

At Boland Engineering, where all these brilliant additions were put on, our Honey Badger returned to have them all removed, weighed and calculated to see whether we have an acceptable weight. With wagging fingers we were warned, if we're overweight at a weighbridge we’d be stranded and our vehicle confiscated until the desired weight was reached. There officials take no nonsense.

Plato said "Necessity is the Mother of invention"  he had it figured. It was time to start thinking out of the box, so to speak. An extra chassis was discussed, to homologate Isuzu in Pretoria would be the desired option, which, when Butch enquired would be way more than our budget allows. Approximately R350K we would be out of pocket. But there would be advantages and our weight problems would be over. We had to find an alternative.

Butch contacted the manufacturer of the “box” in Gauteng, who initially, became rather defensive and a little aggressive until he realised Butch needed help and he didn’t have to justify himself explaining that the very heavy, over engineered box was for “safety”, as the primary use of the vehicle was to ferry 12 concert goers around the countryside. It was all for passenger safety.

The new roof over the cab and entrance into the living quarters, made of wood and steel, a heavy, cumbersome structure, also contributed to the high noise levels,  was removed, it weighed over 200kg. And so the culling went until it was finally decided to remove the whole roof, pulled back like a sardine can. A lighter aluminum/glass fibre structure has been  discussed.

It was then that the proverbial can of worms opened up. We had an unnecessarily over-engineered, heavy structure, badly made (some steel girders weren’t even attached on both sides) with masses of space wasted and mismanaged.

The experts once again waltzed around and agreed, best to remove the roof. One of the welders was concerned about a potential fire hazard and it was decided that Johan the cabinet maker should remove all furnishings, electric cabling, fittings and plumbing and store it. He took one look at this state of the box and suggested we remove the entire thing and start off from scratch. Clean slate.

Everyone was in agreement. So, on Monday the box will be gutted completely, the contents of which will be stored for safe-keeping at the Cabinet maker’s workshop. The box will be removed and all the scrap metal (the heavy stuff) will be sold to Swanny’s scrap metal! We have to recoup some of the money spent. It is staggering to see what we have spent thus far on materials, storage and labour, which was all for naught.  Time is money everyone says, well we've spent 20 months on this projet too.

A huge wave of relief has rolled off our shoulders, we certainly have learnt a lot, and maybe we’ll be able to put our knowledge to good use this time around. It’s back to the drawing board. We await a quotation for a new box, which we’re hoping will be 1m longer, which is an improvement. All future materials will be considered for durability, weight and cost. Our options would naturally be either Aluminum or fiber glass, whichever suits our pocket, the scales and weigh bridge.  When the ship sinks all the rats are off, leaving the captain to carry the can, how I pity Butch, who has swallowed his pride, controlled his emotions and carries on regardless.  I am proud of him.  He has earned our respect.

The Honey Badger’s only redeeming feature at this stage is the cab and the engine, solid and reliable! Good news! Butch made contact with someone in the Strand who works in fibreglass, he happens to be busy with his own motor home, he is prepared to look at our plans. Our Honey Badger's been stripped of her dignity poor thing, looks quite forlorn. I hope she'll look less like a patchwork quilt this time around! Hope springs eternal in the human breast, my flame burns brightly!

Christmas is going to be a sorry affair. Budget cuts. I have been warned. My wish list has been cut and I’m assured our stockings will be flatter this year. Our holiday has been cancelled, our beach house let. At the best of times I find Worcester depressing, being alone here will be a challenge. All my reservations must be cancelled due to unforeseen circumstances... that’s true.

Where is the bi-carb, just thinking about it gives me reflux. The burning behind my eyelids isn’t gas it’s a sad disappointment. We had such exciting expectations and high hopes.  There is a silver lining though "Honey Badgers takes no @#$%!"  I must remember that. 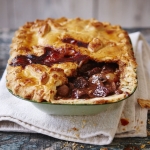 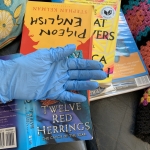 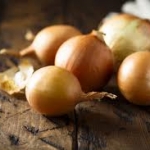