Kick-Ass Heroes For A Day Although we were quite content with each other’s company and had no need of hooking up with other Peregrinoes we did meet and chat to a father and son walking alongside us. The attraction was our feet of course. Flip flops! When I mentioned that St James would've approved we got a "touché"!

One a professor in Biblical Studies from New York City and the other in IT from Chicago. Dad, all chirpy and full of bonhomie, had done various pilgrimages with other members of his family, Sonny Jim though was battling this for the first time. I think he needed to unburden as he struggled with his weight. We had the feeling Sonny was feeling crushed by his know-it-all dad, who, I am sure was giving advice liberally, in the kindest solicitous way!  Other hikers who fascinated us were a couple, I think mother and son, who were pushing/pulling a small cart with their luggage.  We'd see them on occasion but didn't talk, just waved and greeted them with "Bom Caminho Peregrino" as we passed.  Here anything goes.

We quickened our pace and lengthened our strides, a pool was beckoning us at our guesthouse Quinta das Leiras a few kilometres before Rubiaes. It had, like most places, a bidet! The ultimate foot spa.

A United Nations of pilgrims would be staying there. Couples from Dublin, Melbourne, Germany and Spain. I was a little apprehensive I must confess. What would we talk about, would I be able to “sell” South Africa I wondered. Did I know enough about their respective countries, I could talk rugby to the Australians? The IRA to the Irish? To the Germans? Michael Schumacher! Of course there was no need to fret. We only spoke about our feet and our Caminos. What a relief. Lise and I spent an enjoyable afternoon lazing around the swimming pool in deck chairs with books, occasionally dozing off with the warm sun on our backs. Bliss. Plus we had it all to ourselves. You see, the water had turned GREEN overnight. Fortunately we know all about that, it was a bad dose of too much chlorine or too little acid and a Mediterranean downpour the evening before. We’re not chicks, we’re Africans, and we had the stomach for it.

Helmut and Heidi, the owners, served a delicious spaghetti bolognaise and my favourite Caprese salad for supper followed by a cheese platter served with a delightful, almost South African, Quince jelly, Ice Cream and Coffee.

Next morning early we packed, had breakfast with our “friends” before they took the shuttle and then bus to their next destination. They would continue their Camino from Redondela in Spain or thereabouts.

This our last day in Portugal before we crossed the Rio Mena at Valenca to stay over in Tui for the night.

Walking in our flip-flops proved to be a mystery to the trio of German pilgrims who we’d met on the road, chatted to at times and passed once again. This time we were their heroes and we even had to pose for pictures displaying our bloody, blistered feet and bandaged toes. They were younger than me, fitter and chatted incessantly. We often wondered what the Dickens they had left to discuss. Turns out they’ve been friends since Primary School days, lived in the same village so they had years of history together.

I felt confident that the extra care we were taking in dealing with our feet was paying off. Each evening we’d tend to our blisters, exfoliating dry skin and keeping our soles soft and pliable, by massaging healing creams copiously before bed. I’d give open blisters a good dose of mercurochrome, applied antiseptic creams and plasters to my baby toe, while Lise pampered with all sorts of new fandangled silicone jells, plasters and patches. Farmacia’s everywhere were well stocked in the foot department and we’d raid them for anything new we were told about.

Valenca, a beautiful city on the banks of the Rio Minho is separated from Tui, in Spain, by a long suspension bridge. We entered the walled city, enjoying the sights on route, but did not linger as we were fading in the heat. As with all our other accommodations, our hotel was conveniently situated on our route, making it easy to find. Hotel A Torre do Xudeu, again, situated in the heart of the city, with a magnificent view of the sun setting over the river.

Although our dinner choice was a recommendation from the very sweet receptionist, we were disappointed. Local, which is “lekker” is what we always prefer. In Spain we had to adjust our times by one hour (like Namibia). This might’ve caused our confusion, but, we were not aware of Spanish dining traditions at all. Evenings are enjoyed out of doors with friends with long drinks and Tapas, which is served everywhere. Locals go out for dinner at about 21h00 at the earliest, many restaurants wouldn’t serve diners before then. So when we arrived for dinner, after our drinks and Tapas at 20h00 no one was impressed, least of all the cook not to speak of the rude waitress! To add insult to injury the menu was in Spanish (as it would be) and no-one could speak a word of English.

Out came our cell phones, fortunately everyone has free Wi-Fi (I could go back just for that reason) and we could translate the menu using our translation Apps! The meal was mediocre. We were tired and not really in the mood for tiny morsels on a plate. Lise looked threateningly at me and said it would be the last time she had little unsalted snacks, what she needed was a plate of real food. Oh boy.

Retail therapy is what we needed. So we went shopping decking ourselves out with a new navy blue T-shirt with a large yellow arrow emblazoned on our chests. We were on The Way.

With our windows wide open to enjoy the welcome breeze off the river we went to bed. We’d done our laundry earlier and hoped our things would be dry soon enough. We had so little and a fresh set of underwear always lifted our spirits in the morning. But, the next morning, after a good search, I spotted my freshly laundered underwear on the balcony below us. Someone would have some explaining to do! We left before the receptionist opened the guesthouse, slipping out of a side gate sans my underwear and our only long-sleeved T-shirt. We tucked our breakfast hampers into our bags to enjoy along the way.

We hiked through forests, along ancient paths and up steep hills, we enjoyed the cool brooks and were amazed by the ancient trees and ferns, some so similar to our own Garden route.  We enjoyed a welcome break at the pop-up cafe run by two University students on holiday. They were renting the container from an old aunt and served delicious snacks, coffee and freshly pressed juices and ice cold water.  The astonishing murals by Xai Oscar celebrating Peregrino on Camhino are exquisite and we stopped there to take in art on a wall in a forest.  There for all to enjoy.

What a day we had. I was walking with a Lise who had a spring in her step, having, as far as she was concerned, sorted her foot problems out once and for all. She certainly provided a lot of comic relief and I have to confess I haven’t laughed so much, so loudly and with complete abandon for a long, long time. It was pure magic. We laughed until we lost all our inhibitions and then we laughed some more until we cried and felt much better for it. Laughter certainly is the best medicine.  We had no reserve.

Lise decided to reinvent her ankle socks cutting through the toe until she had a cleft which enabled her to wear them with her flip-flops. This person who is extremely self-conscious, meticulous of her outward appearance at all times, fusses about the smallest strand of hair until it is perfectly placed was throwing all caution to the wind by looking totally ridiculous! Another lesson learned.

There are times in life when one has to dig deep, be humiliated, eat humble pie, look ridiculous, and be the Village Idiot to reach ones goals. To hell with what “friends” or the world thinks, they certainly do not walk in our flip-flops. Our paths are set out and how we deal with it depends on the resources at our disposal at the time of a crisis. If one can do it with a positive attitude, good, if one can do it with good humour and laugh at oneself, great. It shows tenacity, character and a strong will.

Believe me, our extremely competitive Germans thought we were amazing as they worshipped at our feet! We all made it to Barcelos, us a little ahead of them and parted company. Sadly we never saw them again. They were there when we needed their encouragement, gamesmanship and admiration. When we were really weak they bolstered and boosted us. Egging us on with loud cries of “Here come the South Africans” each time they saw us. Who they were we’ll never know as we never exchanged names nor email addresses, but, maybe that was the magic in it. As often happens we have people in our lives when they matter most, as we grow we sometimes grow apart. That is the circle of life. “We have friends for a reason, friends for a season and friends for a lifetime” They will not be forgotten.

I do believe the white horse (not whiskey) following us along the fence was almost supernatural, so beautiful, swift and handsome, one minute he was there doing an easy canter alongside us and then he turned on his tail and was gone, silently vanishing into the thick undergrowth of the forest just on the outskirts of the district of Redondela.

We were staying in an apartment, conveniently located on our route in the centre of the old town. Exhausted we were as we stood in front of the locked door with a note saying we needed to fetch the key around the corner at the cafe/bakery.  We could barely set one foot in front of the other but shrugged our backpacks into position and without energy ground our way wearily to fetch the keys.  I was almost bowled over by the rude reception we got.  Firstly, we were ignored and then told to wait 5 minutes while they served customers and I think went looking for the key.  It is hard to imagine that our faces didn't tell a story of utter fatigue.  I was so disappointed.

We would stay in Redondela for a night and then go off to Vigo for two nights to await the arrival of Butch who was joining us and completing the Camino with us!  Happy days. 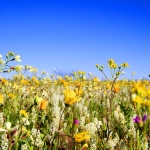 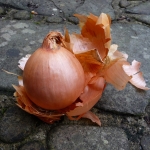 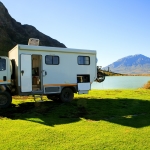