Suffusing My Senses In Siena Most weekends, in fine weather, I enjoy a long walk along the cliff path in Onrus, I’m always touched by the names imprinted on plaques carefully laid in tiles dotted along the way.  These tiles of remembrance are mostly dedicated to loved ones or pets.  Sometimes it can be just a poem or a favourite quote.  I look out for the names and wonder whether they’re family names, or favourite places.

About halfway along my route there are two plaques right beside each other the one dedicated to Siena the other Lucca. Beloved they are. If I’d conceived a child on my trip to Italy I would’ve been tempted by Alessandro or Milan and yes, maybe Emilia.  I’ve changed my mind after our day in Siena. It would be hard to resist.  The little blighter would have an embroidered bib “Siena, made in Italy” too.

Back into the hire car we clambered, this time a lot more subdued, we couldn’t afford another accidental. The co-pilot had strict instructions to only negotiate with Flossy, the GPS, otherwise he had to be schtum.  With utmost care we negotiated ourselves to Siena to spend a day walking and sightseeing.  We parked our car on the outskirts of town.  After coffee we resumed our relatively short walk, wandering through the morning market until our first sighting of the Duomo!  Oh my shattered heart, the sight!

A Step back to Medieval Tuscany. Siena, Italy's loveliest medieval city and at first glance I could tell it was worth it. Jaw dropping. Every shutter, window, trellis, door and ferri da cavallo, the wrought iron rings built into walls for tethering horses, holders for standards and torches which are placed higher on the façade and on the corners of the building or arpioni, the cup-shaped hooks to support cloth for shade or to be dried and are set near balconies are works of art and worth preserving.

Here I must tell you a little about “sienna” the colour: Sienna (from Italian: terra di Siena, "Siena earth") is an earth pigment containing iron oxide and manganese oxide. In its natural state, it is yellow-brown called raw sienna. When heated, it becomes a reddish brown and is called burnt sienna. It takes its name from the city-state of Siena, where it was produced during the Renaissance along with ochre and umber, it was one of the first pigments to be used by humans, and is found on rock art. Since the Renaissance, it has been one of the brown pigments most widely used by artists.

Siena is built on seven hills and most sightseeing is done in the warren of narrow cobbled streets and alleys all around the fan shaped Piazza del Campo.  Traipsing around Siena is never dull as one has to traverse up and down these hills all the time often finding oneself among the medieval houses and Palazzos.

Walking into the Piazza del Campo is like time travel, the clay arena, clam shaped, is divided into the nine municipal cantons. Market stalls, restaurants, stables are still situated around the outer edge. Standing guard is Siena’s communal palace – the Palazzo Pubblico.   There is an air of ancient times. There is also some evidence to suggest that it may have been the site of an early Etruscan settlement.

The ghosts of charging horses  and citizens cheering them on or being thrown into the lion’s den hangs in the air.  Their spirits lingering on centuries later.  The sounds are deafening as the wave rolls round the stadiums.  It’s quite magnificent. Bleachers were being set up for the annual horse race on the 2nd July.  The race is a real anything-goes/no rules race where the riders, all bareback, each fly the colours and standard of their own ward with much pride and passion displayed. Horses race three times around the hazardous piazza circuit with the winner being the first horse across the line whether the rider is still mounted or not.  I include a short YouTube clip of the famous race.

Italians, as we know, have long memories and vendettas that are centuries old still rage.  Rumour has it that one day, after much blood, the two rivals, Siena and Florence, decided to accept a pact of peace: they would redefine their borders using two knights: one departing from Florence and the other from Siena. Both knights would leave the centre of their villages at sunrise, each with a rooster, one white one black.  When the first rooster crows, the delegate would set off and the official border would be set at the point where the knights met. While the Sienese chose a white rooster thinking that it would wake up earlier, Florentines chose a black rooster. Then, in a sneaky attempt to gain time, the Florentines took their rooster and locked it in a dark room without food for many days. On the big day, as soon as the hungry black rooster was set free - in the middle of the night- it crowed! So the Florentine knight was able to ride much farther than the knight from Siena - and reached 12 km from the wall of Siena near Fonterutolli, in Castellina. Which explains why the border between Siena and Florence is not exactly in the middle of the two cities. Nowadays the road covered by the knights is known as the Chianti Classico Black Rooster road.

That’s not all.  There is also the Romulus and Remus legend. I have vivid memories of my father telling me about Romulus and Remus, the twins brought up by a she-wolf. According to medieval legend, Siena’s founder was Remus’s son Senio, who fled Rome with his brother Aschio. They carried a carving of a she wolf, which became the symbol of Siena.  Romulus’s knights followed the boys until they reached the hill known as Siena Vecchia, where, after a race known as “Palio alla Lunga” Senio and Aschio founded the city – a good story.  Tributes to Romulus and Remus can be seen all over Siena.

Soon umbrellas were out, cobblestones became slick and slippery as we carefully made our way around this exquisite city.  I bought a lovely scarf to wrap myself in and enjoyed the balmy day, excellent for midday photography. We enjoyed a lovely lunch in a busy café off one of the piazzas, enjoying the boisterous banter around us.

We succumbed to a wheel of Panpepato to bring home. Dolci Dell’antica Siena, the famous Sienese sweet delicasy containing fruits and nuts. Very similar to a Florentine just thicker and larger, or a little like a Lebkuchen. Believed to date back to 13th century Siena. Documents from 1205 show that panforte was paid to the monks and nuns of a local monastery as a tax or tithe which was due on the seventh of February that year. Literally, panforte means "strong bread" which refers to the spicy flavour. The original name of panforte was “panpepato” (peppered bread), due to the strong pepper used. There are references to the Crusaders carrying panforte on their quests, and to the use of panforte in surviving sieges. Bakeries and delicatessens selling Panpepato are suffused in the peppery, sweet smell of cinnamon, cloves and allspice.  Comfort food at it's best.

For kicks I include a classic recipe for Panpepato

PANPEPATO
2 sheets of confectioner’s rice paper
50gm (1/3 cup) plain flour
40gm good quality cocoa
15ml ground mixed spice
5ml ground coriander
5ml freshly ground black pepper (if you have rainbow peppercorns use them)
200gm candied orange peel, coarsely chopped
80gm (¾ cup) almonds, roasted
80 gm each walnuts and hazelnuts, roasted and peeled
150 gm caster sugar
150 gm honey
To dust: icing sugar
Method
Preheat oven to 150C. Lightly grease two large spring form pans, line bases with baking paper and then rice paper, trimming to fit.
Sift flour and cocoa into a bowl, add spices, orange and nuts and toss to coat well in the flour mixture.
Heat caster sugar, honey and 15ml water in saucepan over medium heat, stirring until sugar dissolves. Do not stir again as mixture may crystallise.
Bring to the boil and cook until mixture reaches 120C on a sugar thermometer (soft ball stage). Working quickly with a lightly oiled spoon, pour caramel over nut mixture, mixing well. Spoon into prepared pans and smooth tops with an oiled spatula. Bake for 10-15 minutes (time it carefully because this cake will not firm up or colour as it cooks). Cool completely in pans, turn out, and dust liberally with icing sugar.
NOTE: Panpepato will keep, wrapped in baking paper and then plastic wrap in an airtight container in a cool place, for up to 1 month. To present as a gift, wrap panpepato in baking paper before wrapping as desired. Serve cut into wedges.
Confectioner’s rice paper is available from speciality food stores.
To remove nut skins, roast nuts at 180C (8-10 minutes) until golden. Cool, then rub off skins between two ends of a folded tea towel.

Butch smiled from ear to ear when he was tapped on his shoulder by a chap, I think from Belgium, wearing his identical hat!  Bought in Thailand years ago, this unique, colourful, patchwork, fabric hat, bought from a gypsy all the way from the Northern parts has brought us much entertainment.  It’s a crowd stopper and whenever Butch wears it, someone, normally from the fairer sex, is sure to stop him and ask about his headgear.  I couldn’t resist this lovely portrait of him and his kindred spirit. A broad smile is always hard to resist. I am sure thousands are sold, but, this is the first time we’ve come across a similar one on any of our travels.

The busy city with all the tourists tired us and we were pleased to know we could head back to our apartment in Greve for a little peace and quiet.  But, not before we’d indulged in yet another delicious ice cream cone!  I could feel the pounds settling on my hips, but, who cares, I would walk it all off by the time I reached our car on the outskirts of town.  I loved this city with its wondrous architecture, statues and art, interesting boutiques, shops, green grocers and galleries so steeped in history and tradition.  A must on any bucket list.

P.S If I’d been there whilst on honeymoon all those donkeys years ago, I might’ve been dragging a sullen Siena around with me!

The Madonna seems to say "I lift my eyes to heaven, when will they replace this bulb?"  while she clutches her bodice anxiously. 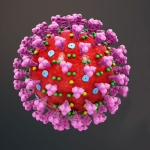