Death And Mourning In Times Of The Corona Virus Maybe it’s just me who dwells on death today as a photograph pops up on my screen, taken three years ago, before the unthinkable. One of my very best friends passed away and will never feature in another photograph. Technology and Social Media is our new memory keeper.

With this scribbling, I take responsibility for my thoughts and opinions.  Butch and I know that death will befall us at some stage; the mystery of death has a morbid fascination for humankind, playing havoc on our minds and fragile hearts, even though we know death is inevitable.  The Coronavirus rubs the grim reaper in our faces.

Pollol and Vivien will be very familiar names if you know Butch at all. Many of his conversations are liberally sprinkled with their names.  If he could choose, I’m sure he’d say they were the two men he admired most.  In his young formative years, they were his heroes, men he emulated in many ways.  Both were a few years older and often took him under their wings and showed him the ropes.  Vivien quite the eccentric, while Pollol had a soft, kindness, and had an open house to anyone, a truly good Samaritan.  Both men had very strong opinions and matchless character traits.

The two brothers-in-law were, to Butch during his coming of age, the quintessence of virile masculinity.  Viv, the more worldly man about town, was well travelled.  From him, the older of the two, he picked up one-liners, roused a spirit of adventure, and grew confidently in a devil may care way.  Pollol nurtured a love of the bush, hunting, fishing at St Lucia, adventuring into Botswana and sleeping on the beach in Kosi Bay and Sodwana Bay on the Natal north coast. From both, he honed his skills as a raconteur and jester.

On the farm in Pongola, Butch learned to drive, date, dance and enjoy a beer. I think it was under the watchful eye of Pollol that he experienced "first love". The lifestyle enjoyed by the local young farmers appealed to him, but from Vivien, he learned about business, the share market and how to party hard.  They were both balanced, fun-loving, ambitious and generous with their time and family Volvos.

It rarely happened that the families didn’t get together at least once annually, and the clan would always attend any celebration, partaking unreservedly in the festivities. Of course, there were also painful times when every member of this large family would support each other in whichever way it was deemed necessary. “A family who laughs and cries together stays together” is their motto.

All around us, whispers of death and suffering were flaring up.  Our Covid19 numbers were increasing rapidly, and many residents of retirement villages and homes for the aged were passing away. So far, we’d been spared that, but, at the same time, we were noticing a resilience to announcements of death growing, and I remember the passage from 1 Corinthians 15:55 “O death, where is your victory? O death, where is your sting?” as the small Tsunami’s hit us intermittently.

The telephone call came one evening while we were enjoying sundowners on the patio.  Vivien had passed away, pneumonia. However, not altogether unexpected, the shock engulfed us.  It took Butch a nanosecond to realise that he would not be unable to console his darling sister  Mem in person.  There were restrictions, travel bans, quotas attending funerals, and she would be put at risk of being infected.

“There is something you must always remember. You are braver than you believe, stronger than you seem, and smarter than you think.”- Winnie the Pooh said, and Maryanne would agree with that.  She is a practical, no-nonsense, wise woman who speaks her mind.  Life has dealt her blows that would’ve crippled you and me.  She's a survivor and a lady not to be trifled with!

The funeral, she said,  would be a small, private occasion attended by their children and grandchildren.  She would mourn quietly with her best friend Shirley nearby.  All the practicalities of death were dealt with in a new Covid way.   She was prepared for the roller coaster of emotions.

Butch would phone regularly to catch up but, these conversations didn’t fill the void. He needed her physical presence to gauge how she was doing.   We were detached, and at times the situation felt quite surreal, almost dreamlike.

Pollol’s death came as an unexpected blow in the solar plexus. I saw in Butch’s eyes as the penny dropped.  Within a couple of months, death had taken the two most important influences in his life. His foundations were shaking.

It was as Kahlil Gibran said, “When you are sorrowful, look again in your heart, and you shall see that in truth you are weeping for that which has been your delight. “

Once again, Covid restrictions were in place.  Pollol would understand if we didn’t attend his funeral on the Magudu mountain, where he was laid to rest next to his parents, his beloved son Pierre, and Butch’s parents. Lolli said his friends from the district and her family would celebrate his life joyously – it was as he wished.  Butch agreed.

Fortunately, we could travel later and promised to make a round trip to visit both his sisters.  He needed that.

We arrived at the Biggy Best cottages in Howick during the afternoon, checked in and immediately set off to see Maryanne.  We’d hardly set the handbrake up when the siblings were in each other’s arms.  They needed this moment of physical contact.   Although thin, Maryanne was in good spirits, and Butch was overjoyed.  They reminisced, laughed, cried and came to terms with their loss.  We three celebrated the years we knew Viv and once again hooted at his antics, adventures and misadventures.

Shirley joined us for a luncheon in the village, and we walked around the Amber Valley estate, marvelling at the zebra and other buck grazing in the residents’ magnificent gardens.  After our explorations and many questions, Butch felt satisfied that his sister would be in a good place now that she was alone.

Sadly, with limited time at our disposal, we only managed a short visit, but promises were made to remedy that.

Biggie Best where we camped is not a designated camp site, but the owners were prepared to put us up for two nights.  The large property houses a guesthouse, cottages and a restuarant.  We camped under some magnificent trees where monkeys played.  We did have an electrical connection and could fill up with water too.  We had access to ablusions.

Before we left Howick we did manage to visit the Howick Falls and mooched around there before setting forth on the next leg of our trip.  I really would like to return, there's so much to explore.

It’s the second quarter of 2021; Covid19 is still with us for the foreseeable future, there are signs that infections have dropped.  We have been warned that there is a third wave ready to crash with the approaching winter.  We will wait it out.

In January, I started making a list, in an attempt to not forget,  of the people I knew, firsthand, who’d succumbed to the disease, 14 by the 14th and by the end of March, at least 23 quaintances have died.  Three not from Covid.

We are becoming anaesthetised by trauma, and it worries me that death, unless one is directly affected, has lost its frightening sting. We move on.  The lonely figure of Queen Elizabeth sitting in a pew at her husband’s funeral last week, stoic in her unimaginable grief, seems to mirror how we’re all dealing with death.

I long for a time when we can mourn, rend our garments, shave our heads, display our anguish, stop the clocks and cover mirrors.  Humans need to be comforted, and we need to comfort the bereaved physically without our masks in place. Now it’s as if we’re meant to cage and lock our hearts, swallow our grief and simply soldier on.  The words RIP, I send my condolences and “a new shining star in our firmament”  are so glib and patronising.   Are we equipped to deal with the aftermath?  I doubt it.

Do Not Go Gentle Into That Good Night

Do not go gentle into that good night,
Old age should burn and rave at close of day;
Rage, rage against the dying of the light.

Though wise men at their end know dark is right,
Because their words had forked no lightning they
Do not go gentle into that good night.

Good men, the last wave by, crying how bright
Their frail deeds might have danced in a green bay,
Rage, rage against the dying of the light.

Wild men who caught and sang the sun in flight,
And learn, too late, they grieved it on its way,
Do not go gentle into that good night.

Grave men, near death, who see with blinding sight
Blind eyes could blaze like meteors and be gay,
Rage, rage against the dying of the light.

And you, my father, there on the sad height,
Curse, bless, me now with your fierce tears, I pray.
Do not go gentle into that good night.
Rage, rage against the dying of the light.

Feel No Guilt in Laughter, He’d Know How Much You Care

Feel no guilt in laughter, he’d know how much you care.
Feel no sorrow in a smile that he is not here to share.
You cannot grieve forever; he would not want you to.
He’d hope that you could carry on the way you always do.
So, talk about the good times and the way you showed you cared,
The days you spent together, all the happiness you shared.
Let memories surround you, a word someone may say
Will suddenly recapture a time, an hour, a day,
That brings him back as clearly as though he were still here,
And fills you with the feeling that he is always near.
For if you keep those moments, you will never be apart
And he will live forever locked safely within your heart. 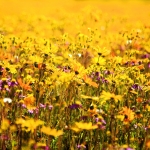 Being Gobsmacked By Beauty - Nieuwoudtville And Biedouw Valley 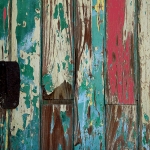 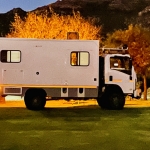